Teaching with Google Docs: The Good, Bad, and Ugly 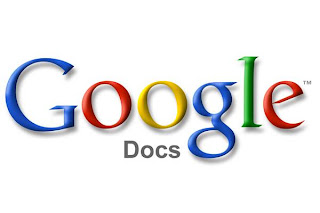 I have never been a fan of Blackboard for teaching online. I find it clunky and cumbersome. Worse, it seems to control the flow of the course in ways that directly interfere with what I want to do (such as build community). Specifically, there are two class activities that I have never been wild about running in Blackboard – discussion and writing workshop. I have experimented with using wikis, Edmodo, and blogs -- both stand-alone and with Blackboard -- but none of these options have come as close to satisfying my needs as Google Docs.

Google Docs, if you do not know, is a free suite of tools (word processing, spreadsheet, presentation) combined with a data storage system. Users can create, upload, and store files as well as share and collaborate with others in real-time or asynchronously. Learn more by watching “Google Docs in Plain English.”

This summer I experimented with using Google Docs instead of Blackboard for a small online grad class. While it was not perfect, we (my students and I) all agreed that Google Docs was an improvement over Blackboard – and especially for discussion and writing workshop. Here are some things I learned from that experiment/experience:

One aspect that I didn’t think about early on was how easy it was to share everything for the class with my students by creating a folder for the class and then sharing it. No need to share new documents as I created them – simply upload or move into the already shared folder. Very handy!

Students also commented after the class that they could easily copy the folder (or a specific folder, such as a collection of course readings) to preserve for their own records. This is of greater value for graduate and upper level undergraduate classes than say freshmen comp but certainly handy.

For the type of collaborative class that I wanted to run I loved how easily I could give my students the ability to create, change, and generally collaborate not just on the documents but the organization of the course itself. I believe this sense of ownership contributed greatly to the overall satisfaction with the class.

Students commented that they liked how everything was in one place – as opposed to Blackboard. I admit I did as well. It was really easy to switch back-and-forth between assignments, discussion, and course documents.

Students also liked the ability to discuss in one document – rather than a discussion board thread – and to create thate discussion collaboratively. When we were done with each discussion we had a document that could easily be saved and read again in the future.

In addition, students liked being able to comment right on the work of their peers – in a comment thread that was very conversation-like. They noted that this seemed to remove barriers between writers and made writing workshop much more effective. Creating a sense of class community is important to me and students agreed that the Google Docs helped foster this through the easy-to-use collaboration and comment tools.

I must admit that I really like being able to talk with a student right on a document in real-time. This feature was a prime draw from the start to Google Docs and I was not disappointed. It also helped create some of those lovely side conversations that you get in a traditional class and can so easily miss in an online class.

Of course that level of collaboration also created problems. Sometimes documents and whole folders got moved by accident and caused panic in the ranks until we figured out what happened and learned how to correct such mistakes. Next time I will try to prevent this problem by limiting the sharing (you can have editors, viewers, commenters).

Obviously not every document or folder needs to be highly collaborative so I will need to sort that out in the future. I admit that while it caused problems to give everyone the highest level of control (lost folders etc.), it was also really nice to share that responsibility. Often times the problems were solved while I was away from my computer.

Unlike most other course management systems, Google Docs does not come with a built-in structure. I worked around that by creating a Course Overview page with links to important documents (such as the Powerpoint assignment sheets) as well as descriptions of the activities and deadlines for each week. Even so, some students had some difficulty getting started and understanding how Google Docs works and even where to find it. For some students navigation was a constant problem.

And of course, you can’t really grade in Google Docs because it is an unsecure environment, but I actually like being able to clearly separate the workshop from the grading so this was not an issue for me – maybe even a benefit.

·         My first mistake was not to simply start with everyone creating a Gmail account. Sharing with other accounts was possible but it caused problems and cut down on communication possibilities. My advice, which I will follow next time, is to just start out with everyone creating a Gmail account if they do not already have one. This could be a drawback for some students.

·         Use folders to help you organize and practice careful naming protocols for your files as well as enforce those for your students. We quickly saw that inattention to either can cause problems and that was with just nine people – I shudder to think about a class of 20+.

·         Finally, carefully think through the levels of sharing – what roles do you want your students to have for specific documents and folders? When should your students be editors, viewers, or commenters?

My students (all teachers) talked about how we could use Google Docs in larger classes as well as younger students and most were eager to try it out (in middle and high school as well as college). We think for both discussion and writing workshop that it would be a good idea to use groups and other protocols and tools to organize larger classes. We were OK with an instructor and eight students interacting all the time in everything but the consensus was that going much above 10 would make this unwieldy – especially for discussion.

Look for future posts offering more details about my experience with class discussion and writing workshop in Google Docs.

You can read more about teaching with Google Docs with “Revisiting Google Docs for Classroom Use” and “Google for Educators.”
Posted by DM at 10:00 AM

Metawriting posts on the new blog